How much is a Garden Worth? 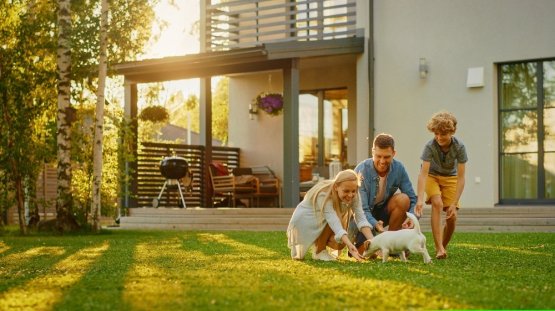 The truth is, it’s quite difficult to put a precise value on a garden, as it depends on so many variables, such as its size and location, whether it’s overlooked, its orientation, condition, features etc. In many ways, it’s easier to get an overall idea of the value we place on gardens from demand levels rather than prices and that’s probably the best place to start. During lockdown, demand for outside spaces rocketed. Searches for homes with gardens on Rightmove were up by 84% for renters and by 42% for buyers. At the same time, smaller flats with no gardens fell out of Rightmove’s most sought-after list for the first time and 63% of buyers and 59% of renters said they would be looking for a bigger garden in their next home.

Most of the useable price data comes from pre-pandemic days so, although some of the heat has now come out of demand, you can expect the premiums paid for gardens to have increased markedly. According to the majority of surveys, a garden will add somewhere between 5% to 20% to the value of a home. As mentioned earlier, the precise premium will vary between each individual property. Flats with gardens in more urban areas, for example, are relatively rare and so are likely to carry a bigger premium than a house with a garden in a more rural spot.

As with so many things, size matters. According to research carried out by thegrasspeople.com, Telford has some of the lowest square metre values at £376/m2.

In London, where residents are the least likely to have access to outside space, each square metre of garden is worth a whopping £2,348. And, as you’d expect, there’s also a premium to be paid for south-facing gardens. Rightmove’s data suggests houses with south-facing gardens sell 2 days faster than average and carry a 7% premium. In the current market, that equates to an average of £25,803. In London, the premium is 9% or an average of £61,379. If you don’t have a south-facing garden, you shouldn’t despair, though. It’s far more important that your garden gets plenty of light in and an overlooked south-facing garden that is narrow and full of shadows is worth far less than one that faces east or west but is more open.

So, is there anything you can do to improve the value of your garden. The advice from agents and garden designers is pretty clear - don’t go too over the top with makeovers as buyers prefer something that appears simple to maintain, ie a bit more towards the wild side rather than excessively formal. And people really want to be able to visualise spending time there in the summer, which means having spaces for cooking and entertaining and the potential for a garden office. They also want their gardens to be private and secure, with all the fences, boundary walls and gates in good condition.

If you are planning on hiring a garden designer to boost your home’s value, you should allow between £5,000 and £10,000 for the average-sized plot, or about £10 per square foot. Most designers will then charge you 20% on top of your budget for a small garden, 15% for a medium sized one and 10% for a really big one.
Tweet