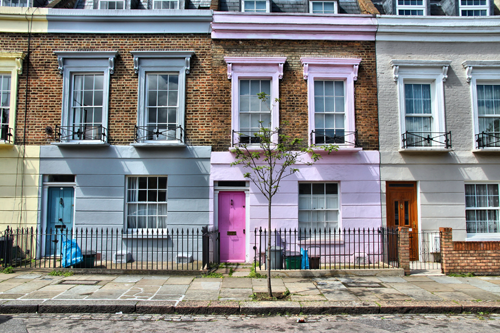 Poor old East Ham, eh? This outpost of the traditional East End has thoroughly missed out on the waves of regeneration that have transformed much of the rest of Newham, from Stratford in the north of the borough to the Royal Docks in the south.

But over the next five years hundreds of millions of pounds will be poured into this well-connected and fantastic-value neighbourhood, creating many hundreds of new homes for first timers, other buyers and renters to augment its still-affordable period housing stock. Along with the new homes will come new cafés, shops, and restaurants.

“This is an area which has real potential,” says Matthew Lees, senior land manager at Bellway Homes, which is one of the housebuilders investing heavily in the area.

“It is a place where real Londoners can still afford to buy and it is not a million miles from the regeneration zone at Canning Town.”

It was a tiny settlement on marshy land close to the River Roding until 1859 when East Ham railway station opened. Then, slowly, East Ham developed into a significant suburb with a magnificent Edwardian town hall and streets of good-quality period houses.

Equally slowly during the 20th century it declined, battered by wartime bombs and then scarred by depressingly poor-quality social housing.

Despite this the area is surprisingly green, with two main parks, Central Park and Plashet Park, as well as Flanders Field where the late Bobby Moore, captain of the 1966 World Cup-winning England football team, played as a child.

The area’s multicultural population lends itself to a really interesting range of restaurants, from old-school East End pie and mash to some excellent South Indian cuisine. A recent addition, Rustix Gourmet, serves designer burgers and posh fry-ups, all made with halal meat.

Tube links to the City, via the District or Hammersmith & City lines, are particularly good and community spirit is strong in East Ham.

There is, too, a Women’s Institute group that organises activities including foraging and supper clubs and runs a pop-up café.

The area’s slowly changing demographic can be seen in new businesses such as Flip Out, a trampoline adventure park with sci-fi themed diner, and Applecart Arts, a not-for-profit cultural centre just up the road in Upton Park.

Despite all that promise, if ever a location needed regeneration it is East Ham which currently suffers from some of the worst unemployment and highest levels of child poverty in Britain.

A key site in the district’s rebirth is the 1.9-acre East Ham Market Hall, an old-school and slightly shabby covered market in Myrtle Road.

Three months ago, Barratt London and retail specialist Dransfield Properties submitted a planning application for a multimillion-pound reboot of the site, complete with roof gardens and a landscaped courtyard.

There will also be 277 new homes, of which just over a third will be affordable and earmarked for first-time buyers. The market hall itself will be redeveloped with 21,000sq ft for shops and restaurants. A spokeswoman for Barratt London said that if permission is granted, work on the four-year build will begin this summer.

It is too early to speculate on the type of retailers Dransfield will manage to recruit to the market hall, but the development represents a huge opportunity to retain the best of the existing traders and upgrade the nondescript High Street that’s heavy on the Primark/Poundland type of outlet.

Bellway Homes, meanwhile, is spending £100 million on a project to transform an industrial estate just off Newham Way on the fringes of East Ham and Beckton into a development of nearly 400 new homes.

There will also be co-working space for small and medium companies, a new public square, and access to Beckton District Park. Bellway is considering also installing a café and gym.

The mix of property here is good. A third of the homes will be affordable, earmarked for first-time buyers, while another third will be family-size units with three bedrooms.

Planning permission for Beckton Parkside has been granted and the first homes will go on sale, off-plan, in early 2020. Help to Buy London will be available on some of the homes, meaning buyers only need find a five per cent deposit.

HOMES THAT ‘REAL LONDONERS’ CAN AFFORD

Bellway’s Matthew Lees believes the whole “A13 corridor” running eastward out of the City has huge potential for future price growth.

“Bellway’s philosophy is to find those pockets of underutilised and under-regenerated land, and try and find sites to deliver homes for real Londoners,” he says.

This heaving dual carriageway is also a cycle superhighway, a swift ride to the huge regeneration zone at Canning Town — good news since the site is about a mile-and-a-half from the nearest stations at East Ham, Upton Park and Canning Town.

The other compromise at Beckton Parkside is traffic noise. The buildings, says Lees, have been designed with corridor space facing the road and the flats themselves facing away from the carriageway, and he feels that, with double glazing, residents should hardly notice the hum of traffic.

Newham council has set up its own developer, Red Door Ventures, specialising in built-to-rent developments and using council-owned sites to create high-quality homes across the borough.

In East Ham it has teamed up with dRMM Architects, winner of last year’s RIBA Stirling Prize for its regeneration of Hastings Pier in East Sussex, for a series of projects large and small.

Work on these projects will begin next year, and by 2020 will make a real contribution to the supply of rental accommodation locally.

They include a reboot of The Old Fire Station in High Street South. The rather grand red-brick edifice will be converted into seven homes.

On a bigger scale, the Town Hall Annexe in Barking Road will provide another 185 rented homes, with a residents’ courtyard garden and café, while a former brickyard just off High Street North will contribute a further 98.

Of course these new developments, and the facilities that will come with them, are a little way down the line, but buyers can already pick up a good-value period home in East Ham.

A three- to four-bedroom Victorian or Edwardian terrace house would cost about £500,000, while a two-bedroom period conversion would come in at about £250,000 — a price almost unheard in a Zone 3 location.