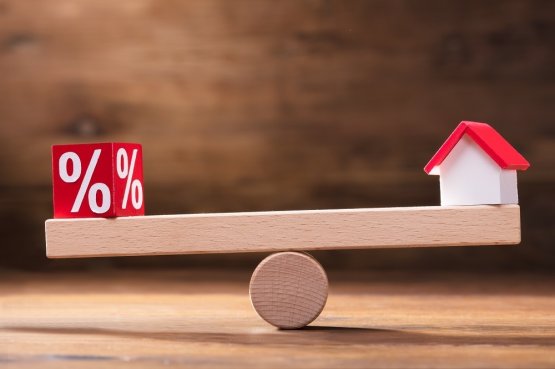 The rise is the seventh rise in a row and the base rate is now the highest it has been since November 2008. The Bank was originally planning on making the announcement on September 15th, but out of respect for the sad passing of the Queen, they postponed it until 22nd September.

There was speculation it could be a record-breaking 0.75% rise, so there is some relief at the smaller rise. The money markets are now factoring in that it will keep on rising until February of next year, peaking at 4%, with typical mortgage rates of 4.4%, before falling back to 4% in April. There are, however, a lot of variables that could come into play during that period, not least a new Prime Minister, so the outlook could change quite quickly.

Even before the announcement, mortgages rates were rising, with even the very best deals around 3.5% and the average closer to 4.5%. There has also been a reduction in the number of available deals as lenders consolidate, although they are at least lasting a little longer before being withdrawn from the market - up from a low of 17 days to 28.

To give you an idea of where mortgages currently are, and how much they have risen: below is a selection of best buys from Moneyfacts.co.uk from both September 2022 (bold text) and September 2021 (plain text). It is easy to see why large numbers of borrowers are rushing to fix their rates before they go up again. As rates are changing on a daily basis, these figures are already likely to have been superseded.

Best discounted variable
Sept 2022: 2.29% for 2 years. from Bath BS
Sept 2021: 1.66% from Leek United BS
The good news is, despite consecutive base rate rises, the huge gap between supply and demand is ensuring house prices remain steady. Buyer enquiries are currently 20% above the level they were at in 2019. And, at the same time, although the supply of new property to the market has improved slightly, it is still heavily restricted, with available stock down 39% over the same period. Price rises, though, are not immune to the base rate and rises are likely to modify over the coming months but still remain in positive territory (figures: Rightmove).

”It’s likely that the impact of interest rate rises will gradually filter through during the rest of the year, but right now the data shows that they are not having a significant impact on the number of people wanting to move. Demand has eased a degree and there is now more choice for buyers, but the two remain at odds and the size of this imbalance will prevent major price falls this year. For those looking to move who are concerned about interest rate rises, it’s important that they get a mortgage in principle early on in their moving journey to understand what they could afford to borrow and find out about the rates available to them to assess what they are able to repay each month.”